Jon Severe to transfer from Fordham 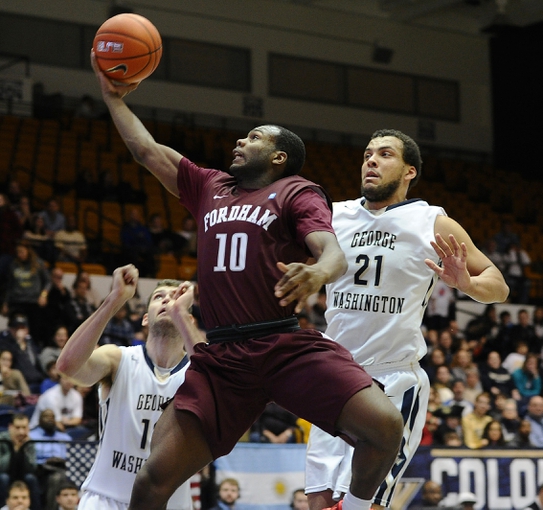 Jon Severe has announced intent to transfer from Fordham. Junior guard will have one remaining year of eligibility. (Photo courtesy of USA Today)

Early Tuesday evening, Jeff Neubauer now has his first exodus at the helm of the Rams, as junior guard Jon Severe has apparently requested his release to seek out other schools.

"I just want to announce that I will be transferring schools next year," Severe tweeted moments ago. "Despite this choice, Fordham will always be my home. #rams"

I just want to announce that I will be transferring schools next year. Despite this choice, Fordham will always be my home. #rams
— Jon Severe (@Jsevere23) March 22, 2016

Severe, although showing a renewed fire on the defensive end early in the year as Neubauer began his first season at Rose Hill, saw his numbers and playing time regress as the year went on, ultimately finishing with an average of 7.6 points, 1.6 rebounds and 1.6 assists per game. The 6-2 Brooklyn native also watched his playing time dip to 17.4 minutes per game, down from the 18.9 per contest in his sophomore campaign, which was marked by a leave of absence from the team during the non-conference season, as well as a stint in Pecora's doghouse after an alleged practice rift with teammate Ryan Canty.

As a freshman, Severe garnered Atlantic 10 All-Rookie honors and showed the potential to be a program-changing recruit, averaging 17.3 points per game and connecting on 34 percent of his three-point attempts. Before he was dismissed in 2015, Pecora had banked on the duo of Severe and Eric Paschall to help reverse Fordham's fortunes, but Paschall departed after last year's coaching change and has since transferred to Villanova, where he has three remaining years of eligibility beginning in November.

Severe has one remaining year of eligibility, and will need to sit out the 2016-17 season while completing his NCAA-mandated year in residence unless he graduates this summer, which would make him eligible immediately. At this time, there is no word of schools who would be interested in his services.
Posted by Jaden Daly at 8:06 PM