St. John's Punches Their Ticket to the NIT 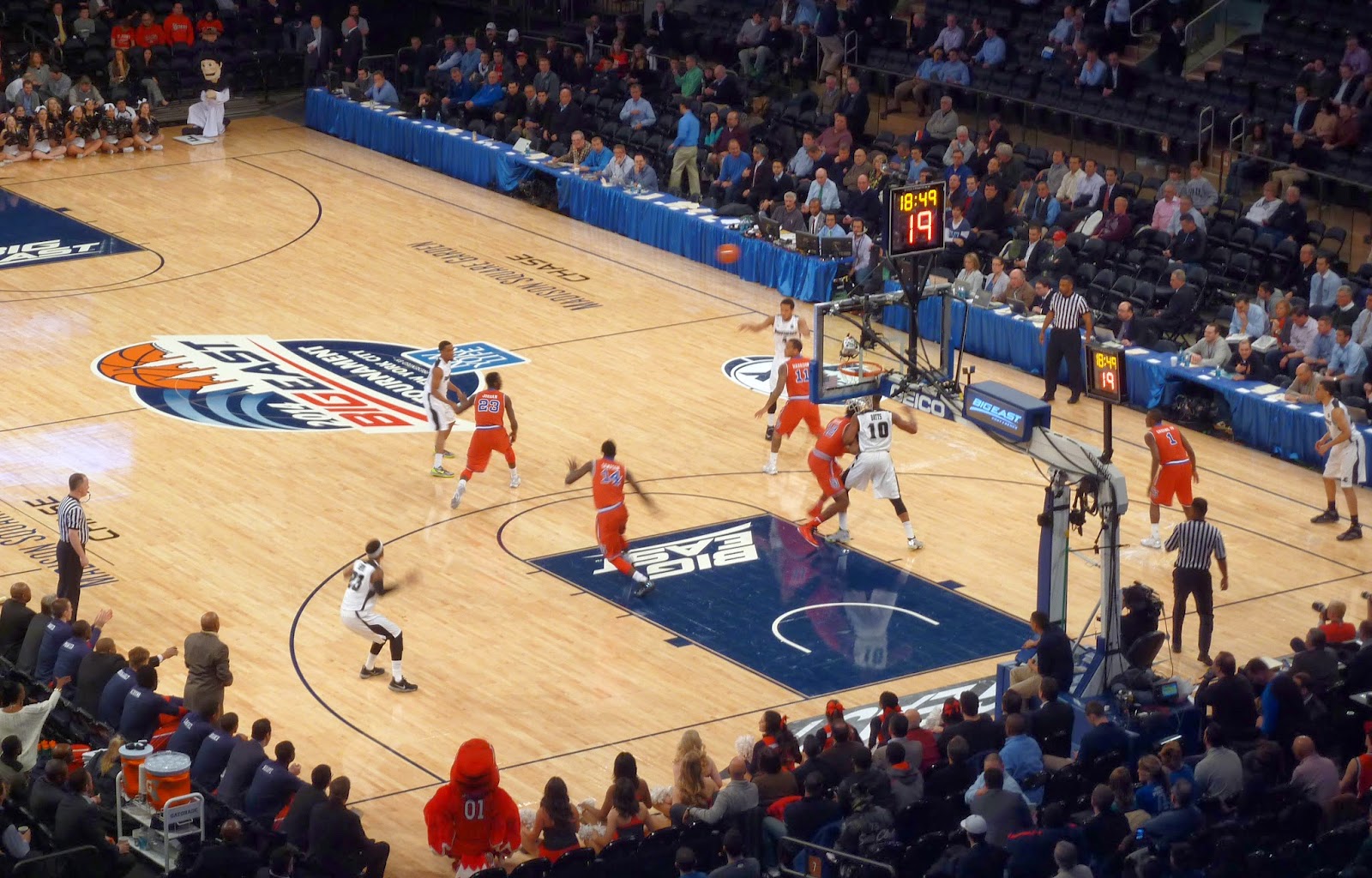 By Jason Schott - Daly Dose of Hoops Contributor - @JESchott19
The St. John's Red Storm did not bring much effort to their Big East Tournament second round game on Thursday afternoon against the Providence Friars, and as a result they lost 79-74. This eliminates almost any prospect of them making the NCAA Tournament, but on the flip side, they would certainly be a favorite in the NIT.
The first half was poorly played by both sides, and Providence had a 36-33 lead at halftime. Part of the problem for St. John's was that Chris Obekpa, their shot-blocking extraordinaire, took two fouls in the first 1:27 and did not return for the remainder of the first half. D'Angelo Harrison could not get going, as he was held to just six points, including one field goal. The Red Storm also made five turnovers, but it seemed like many more than that.
The second half started in much the way the first half did, with Obekpa taking a foul 22 seconds in. He did not return for the rest of the game. The Red Storm started off amazingly flat, and Providence started out on a 9-2 run capped by a Josh Fortune three-pointer with 15:30 left.
The Red Storm continued to look like they didn't care, and fell behind by as many as 17, at 63-46, on an easy layup by Providence's LaDontae Henton, with 6:24 left.
Then St. John's started to play. They executed the press extremely well and started to force turnovers, and got back into it. Harrison started to heat up down the stretch with seven points, including two free throws that pulled them within one, at 69-68, with 1:15 left.
The play of the game down the stretch was a block by Providence's Carson Desrosiers on a Harrison three-pointer with 35 seconds left. Harrison argued vehemently that it was a foul, but it looked on a replay like Desrosiers got all ball. Providence made ten free throws down the stretch to close out the win.
Providence was led by Josh Fortune with 24 points on 8-for-13 shooting and 4-for-7 from behind the arc. Henton had a double-double with 16 points and 11 rebounds. Kadeem Batts had 13 points, and Bryce Cotton had 12.
For St. John's, Harrison had 21 points on 6-for-17 shooting and 10 rebounds. JaKarr Sampson, who is supposedly considering entering the NBA Draft, had 15 points and 9 rebounds. The keys to the loss were that Phil Greene IV (2 points, 1 assist, and 3 rebounds), Chris Obekpa (0 points, 0 blocks in 2 minutes, and Sir'Dominic Pointer (0 points and 1 rebound) were not factors in this one.
St. John's stands at 20-12, and do not have a real marquee win. If they could have beaten Syracuse or Villanova once, they would likely be in. Wins against the Longwood Lancers and Columbia are not impressive. They needed to win at least one, more likely two, at the Big East Tournament for the committee on Selection Sunday to put them into the NCAA Tournament.