SOUTH ORANGE, NJ -­ Senior night for the Seton Hall women. A heartwarming combination of family, friends and alumni on hand for this special evening. Beyond the celebration, flowers and ovations, there was another item of paramount importance: A game to play.

In the end, Seton Hall was too much for visiting Xavier. The Hall built a significant double-digit lead. In the stretch, Xavier got it to a two-possession contest before the Hall regrouped to post a 62­-50 victory.

Seton Hall mentor Tony Bozzella was not upset losing the lead. Ever the teacher, he felt it was good for his team to be challenged and forced to regroup and close the game out.

In postgame interviews, Bozzella was told Jodi Brooks, an All­-American on the Hall’s ‘94 Sweet Sixteen team, remarked at halftime how hard the Hall plays. Bozzella was honored, calling it great praise “from an outstanding player who played extremely hard.”

The 17 wins and a probable postseason tournament are special. Just as important to Bozzella and a staff deserving of his enthusiastic praise, is building a program with a reputation of having good kids who compete and give an all-out effort.

“We are looking at a program that doesn’t win 17 and drop off to single digits the next year,” he said. “We want to win year after year.”

This season has been a start. As the appreciative crowd at Walsh cheered, you had the sense they were not just honoring a winning effort on this early March evening, but what has transpired over the course of what has been a special season. That still continues. 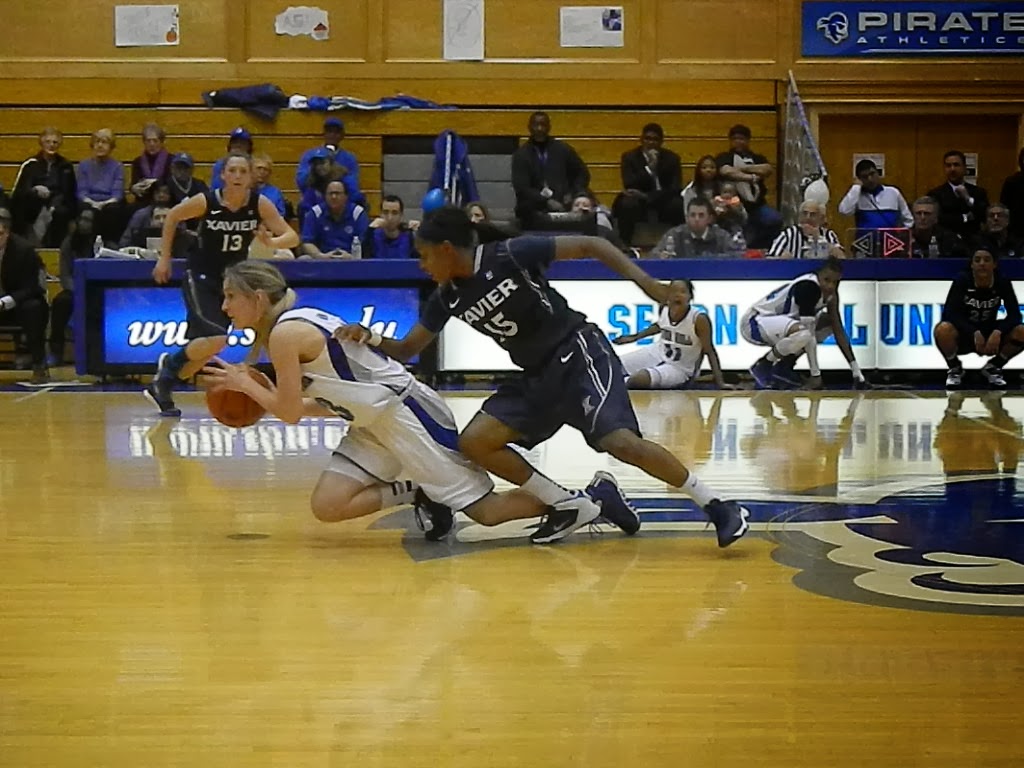 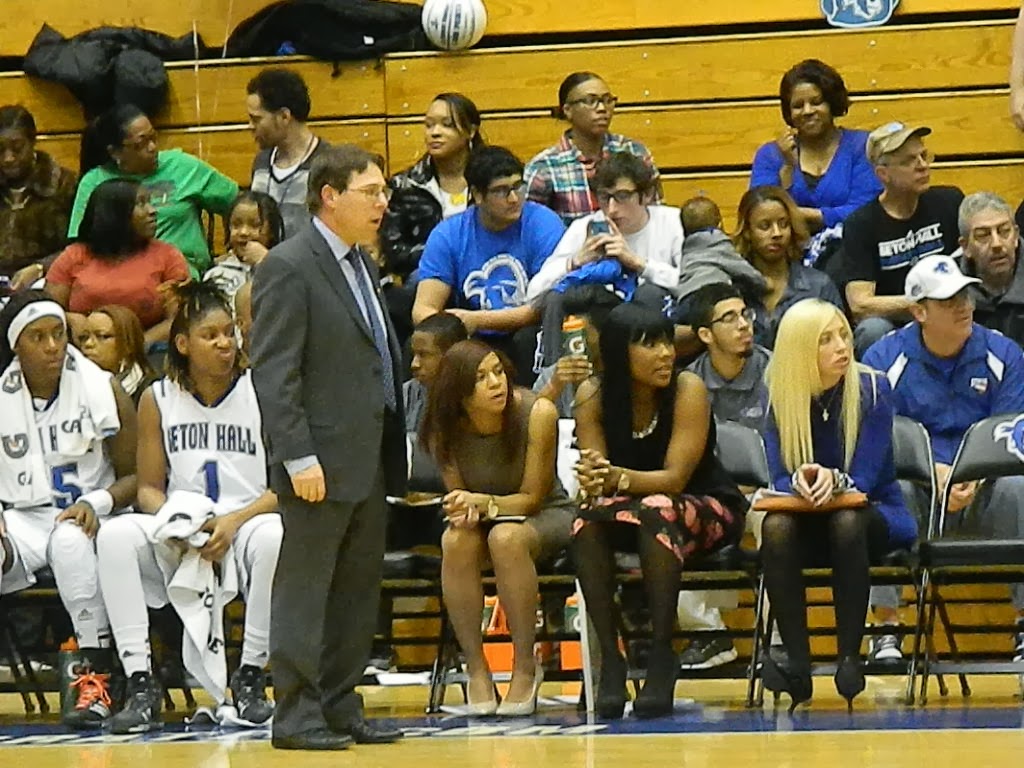 A Seton Hall cheerleader during the T-shirt toss...her beginning motion of the toss looks good: 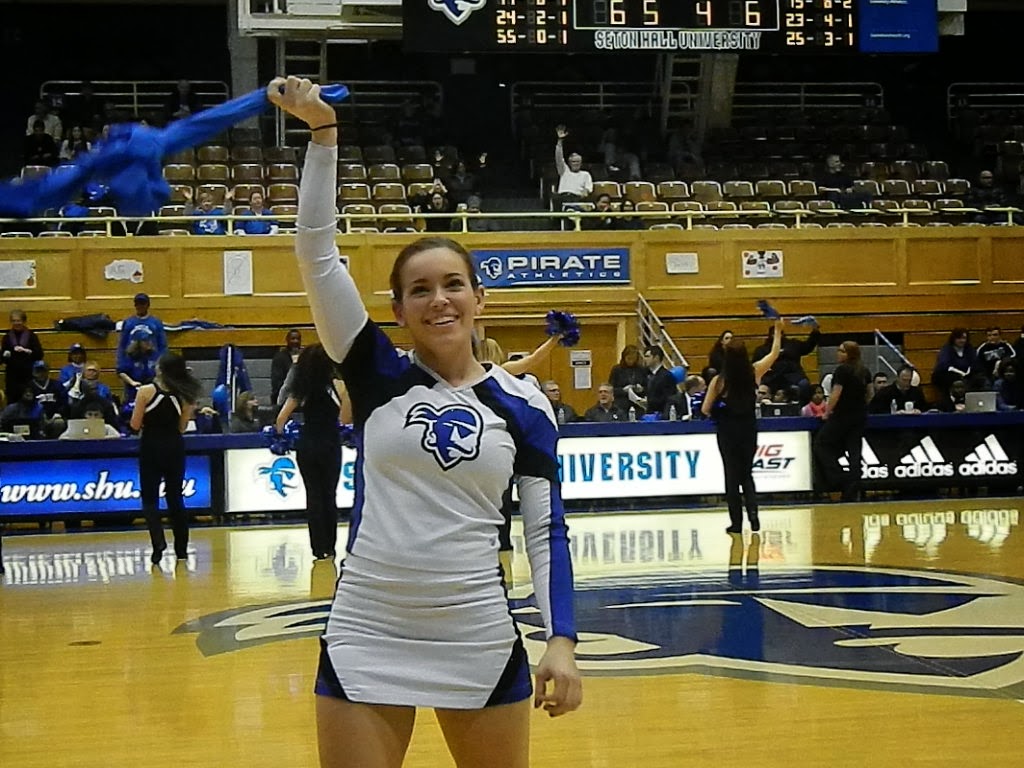 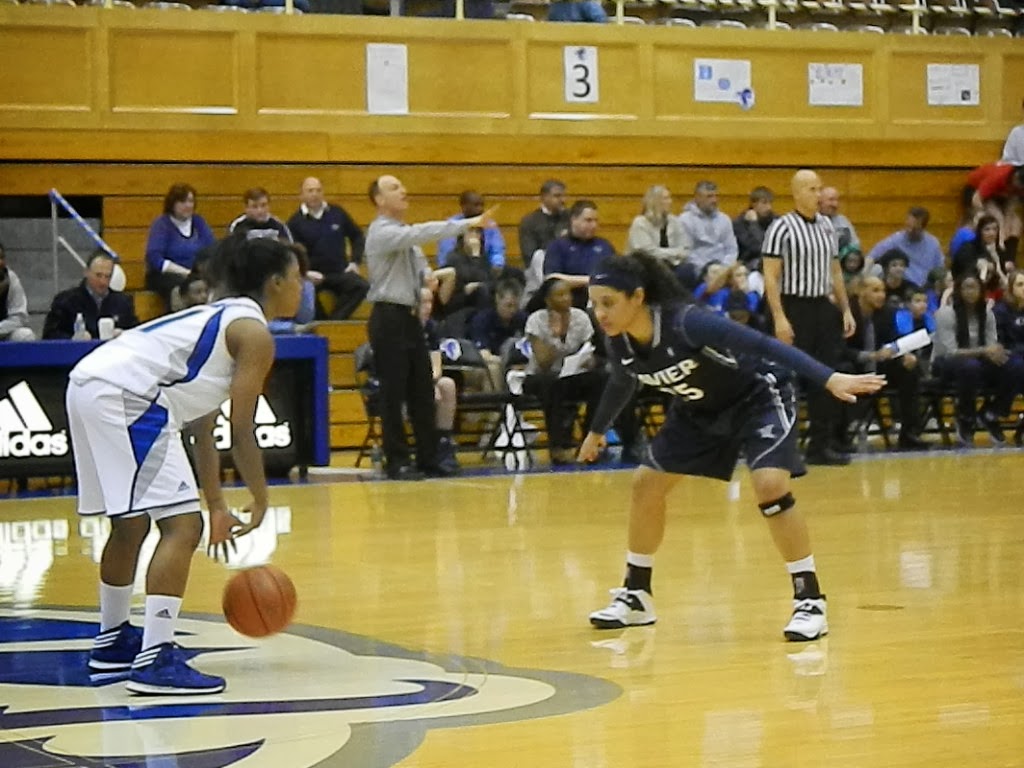 Xavier puts four back on the defensive end taking the free throw: 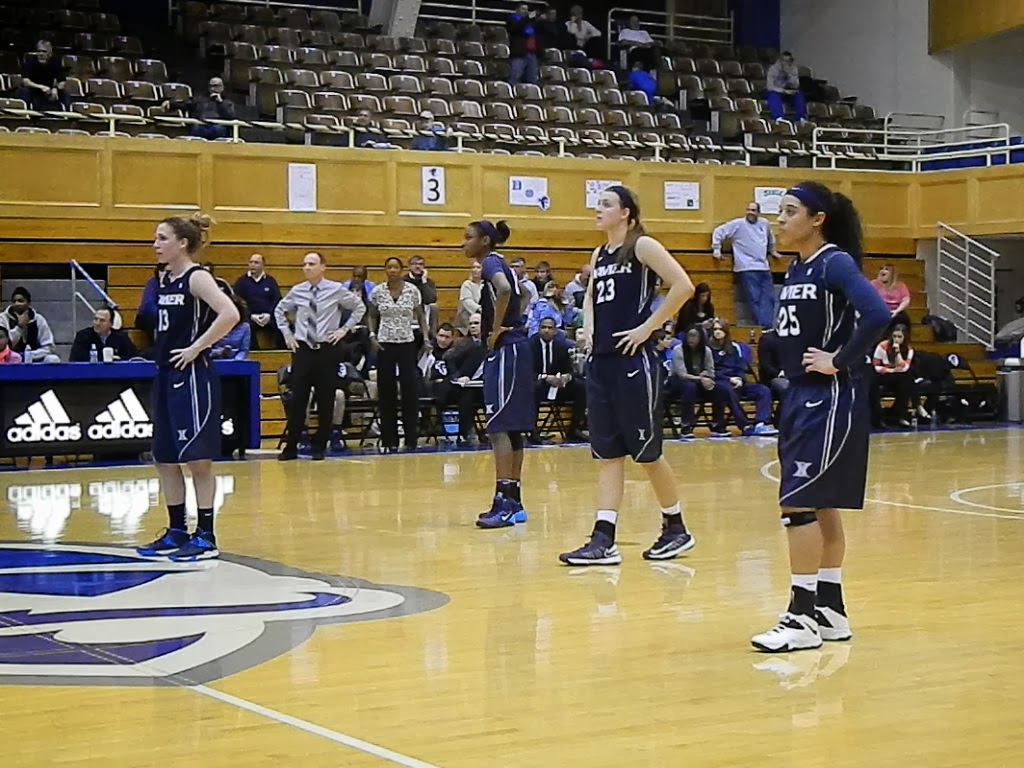 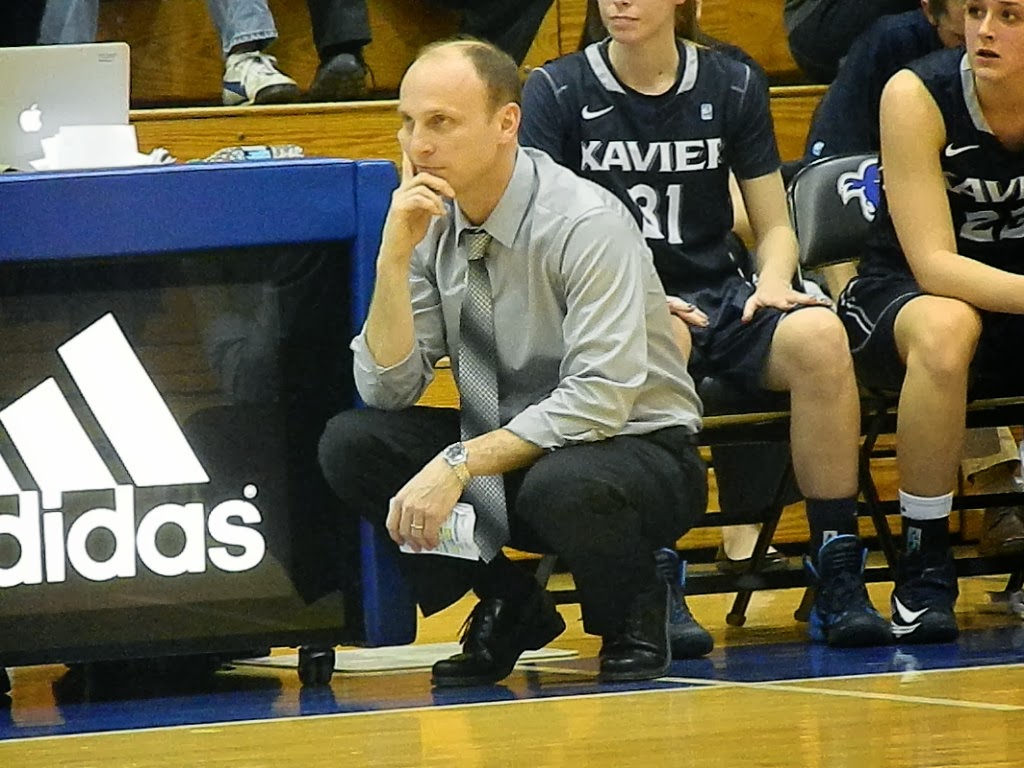