SOUTH ORANGE, NJ – This is a night you play for, a night you spend those sultry summer evenings working on your game, improving, raising the level of play. This is postseason.

For the Seton Hall women, it was something special: The first postseason in nearly a decade, a reward for hard work culminating in an 18-win season. The crowd numbered nearly 700 enthusiastic followers at ‘historic’ Walsh Gymnasium. The opposition, American University, is coached by Megan Gebbia, a longtime assistant at Marist whom Seton Hall coach Tony Bozzella knows well from the recent MAAC years.

After falling behind early, Seton Hall established themselves, especially on defense. They built several leads near the 7­-10 point margin, only to have American respond and get it back to a one-possession affair. The Pirates were able to hold on, earning a 63­-60 victory and a second round home date with Princeton.

The numbers again, are enlightening to a degree, but sometimes fail to measure one’s total impact. Ka­-Deidre Simmons, the stat sheet shows, scored 14 points while handing out six assists, a good night overall but in no way doing justice to her value. “She (Simmons) at times carried us through,” Bozzella said . “She refused to allow us to lose this game.”

The excitement, the home crowd behind you, the added ‘bounce in the step.’ All are part of postseason. If you have a player or few like Simmons, all the better.


Seton Hall cheerleaders, to no surprise, are excited about postseason play: 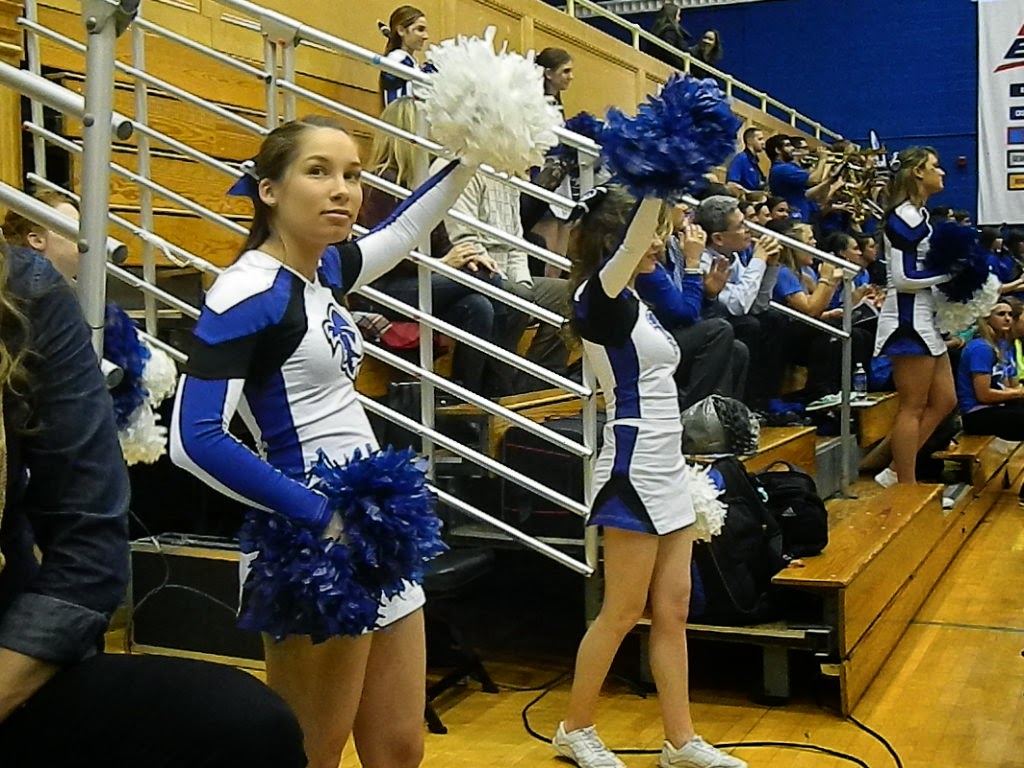 Ka-Deidre Simmons sets up the offense: 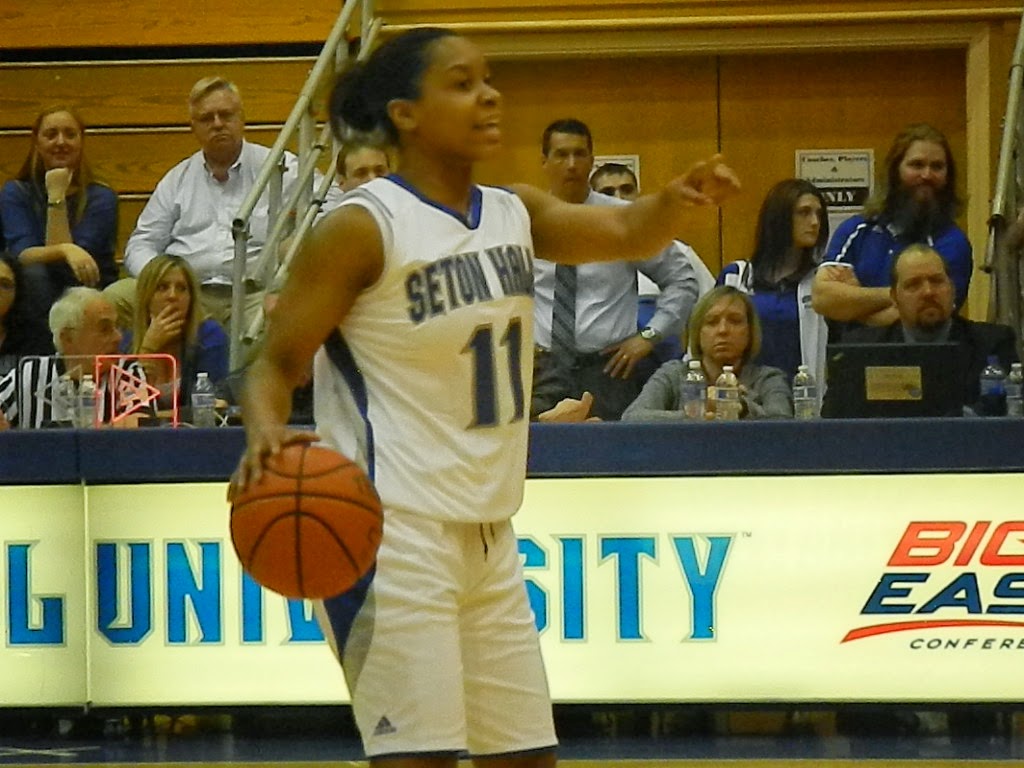 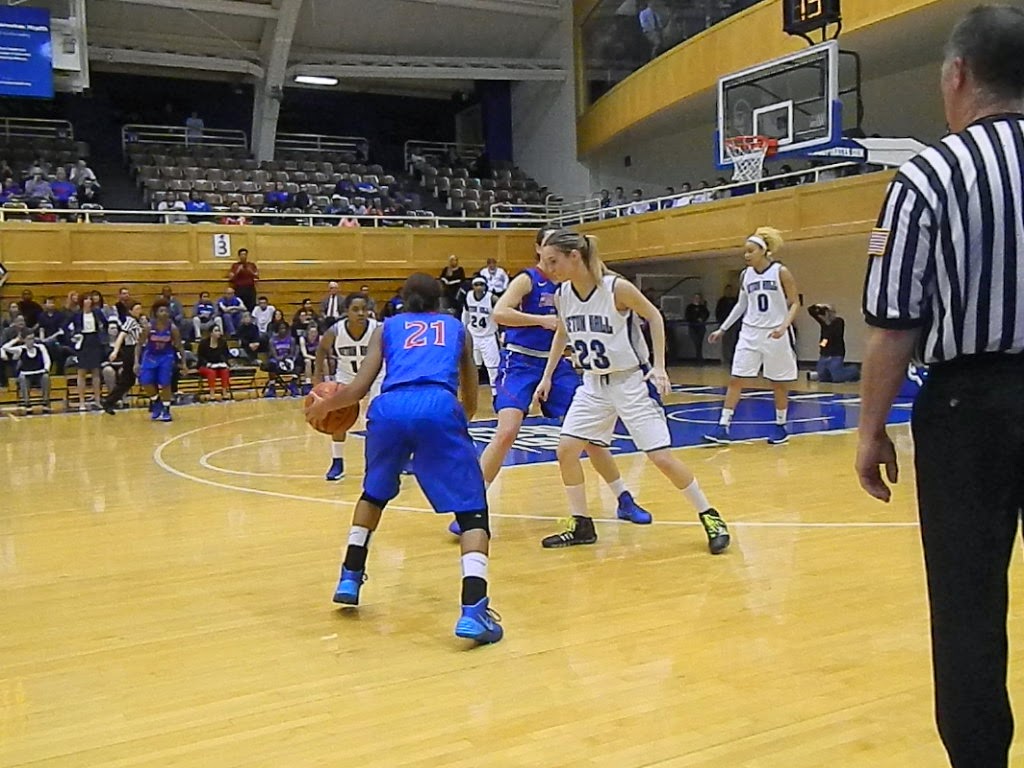 Tony Bozzella and his staff react: 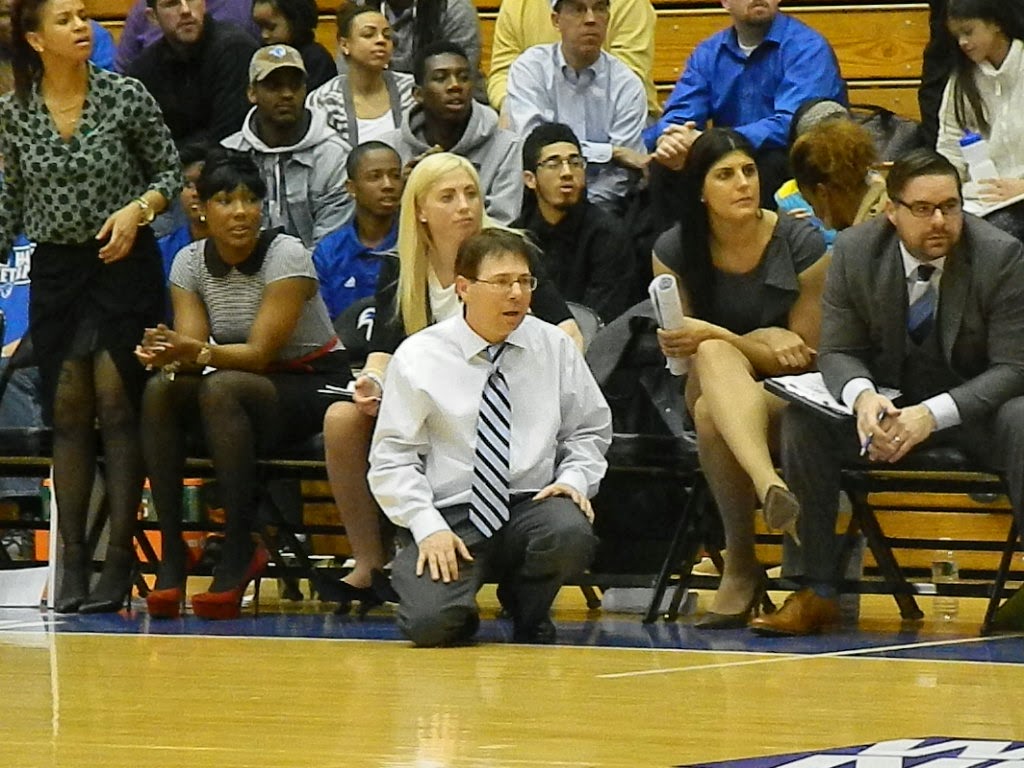 The clock shows 6.4 seconds left during a timeout, an eternity if you are trying to hold on: 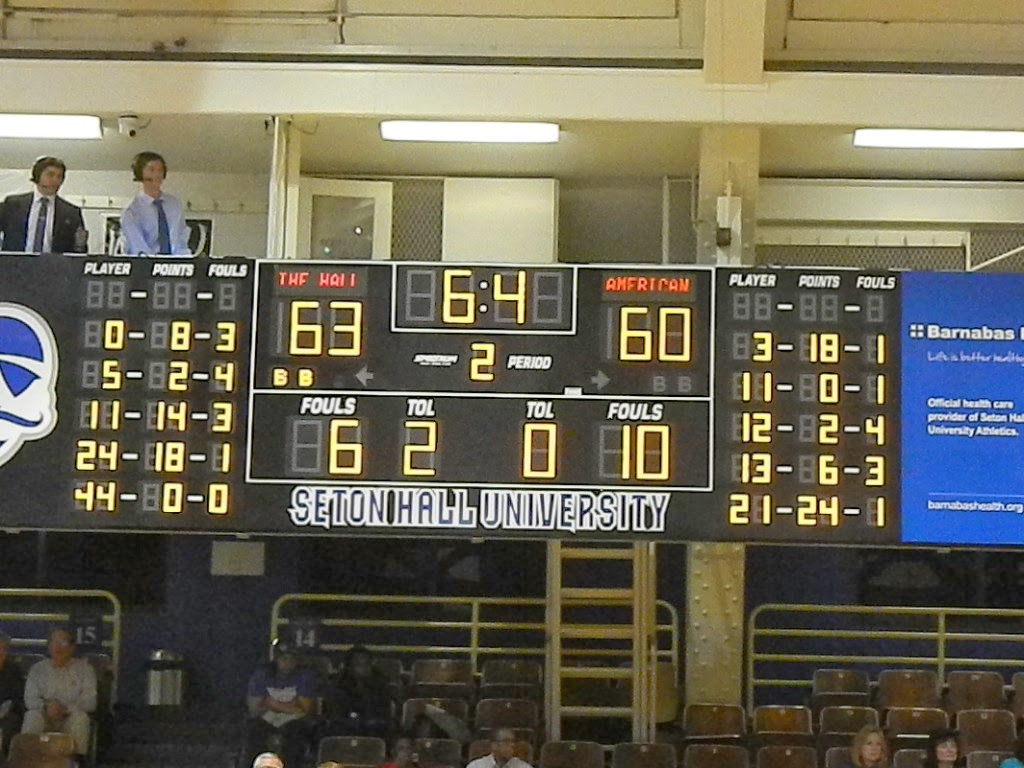 American coach Megan Gebbia and assistant Nikki Flores react to a play in the final minute: 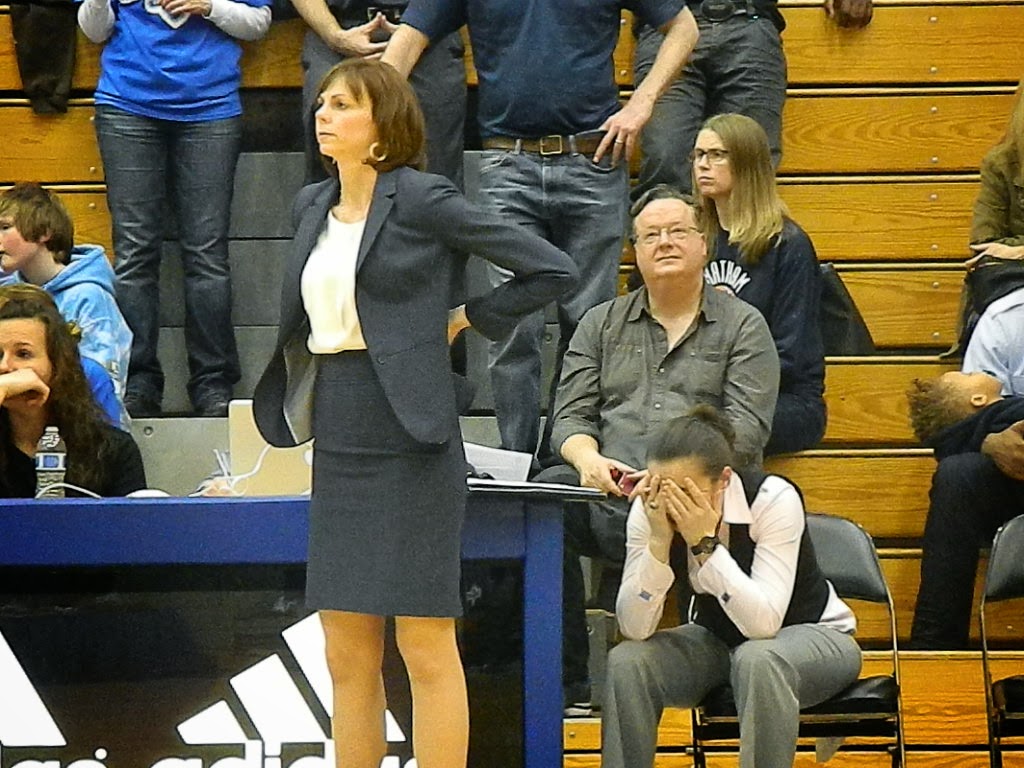