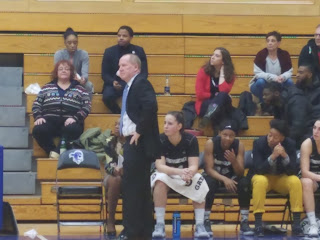 SOUTH ORANGE, NJ -- The first year was orientation, changing the culture, implementing a new system while getting familiarized with a new conference. For Jim Crowley, there were a number of challenges to face at his new Providence College address.

Following a successful run at St. Bonaventure, Crowley immediately made his presence felt. The Friars finished 12-18, a definitive sign of progress and a seven-game improvement from the prior campaign. Four conference wins marked Providence’s best total in five seasons.

In year two, the players have a grasp on the system and know what is expected of them. Regardless, that did not make the task at hand any easier Friday night, entering historic Walsh Gymnasium on the heels of a nice road win over St. John’s and sporting a 6-2 road record overall. Unfortunately for Providence, Walsh would not be the site of a seventh victory away from the Ocean State, as Seton Hall defeated the Friars, 65-56, dropping them to 8-8 and 1-3 in Big East play.

“I was proud of how we fought back,” Crowley said. “We were down 17, got it to seven with the ball, but they made the defensive plays. Overall, I was happy with our competitiveness. It’s something we have shown and wanted to instill here."

Year two at the Big East school has seen some success. Crowley, working each possession on the sideline, searches for consistency.

“We have been up and down," he admitted. “We want that consistent performance night in and night out. That is something that has been lacking this year.”

Case in point, Tuesday brought a nice road win at St. John’s. Against Seton Hall, it was a case of defensive breakdowns at most inopportune times. “That inconsistency,” Crowley said, “is something we must get rid of. They made more shots, and some of those were contested. We had the tempo in our favor, but couldn’t make shots."

At 1-3 Crowley can take solace in the fact that their Big East opener against Georgetown was the only one-sided affair, as following that was a close loss at Villanova prior to this week’s split with St. John’s and Seton Hall.